Top 5 Unmade Classic X-Men Heroes (who are yours?) 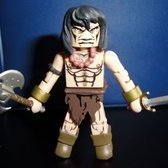